The town of Centerville used to be “A Real Nice Place” according to the sign that welcomes you to this sleepy farmland. The kind of town where a white farmer wears a hat that says “Keep America White Again” while talking to a black farmer in the local diner. The gas station doubles as a horror themed comic shop, but it’s not so out of the way that it can’t get regular deliveries from WU-PS (because RZA is the delivery man. Get it?). The three local cops are going about their quiet lives on the day that the dead decide to rise from the grave. Nobody seems very surprised though since Adam Driver’s junior cop immediately pegs this disturbance as zombies. What follows is the dead-est of deadpan comedies as the characters all try to survive this outbreak. It isn’t quite a “zomedy”, but it also isn’t too gory for you to watch with the squeamish types. I don’t know a ton of people who have seen this yet so I’ll go easy on spoiling anything. I want everyone to see this movie, and there’s a better chance of that if I don’t tell you how it ends. But, as Adam Driver’s character repeatedly tells us, “this is going to end badly”. END_OF_DOCUMENT_TOKEN_TO_BE_REPLACED 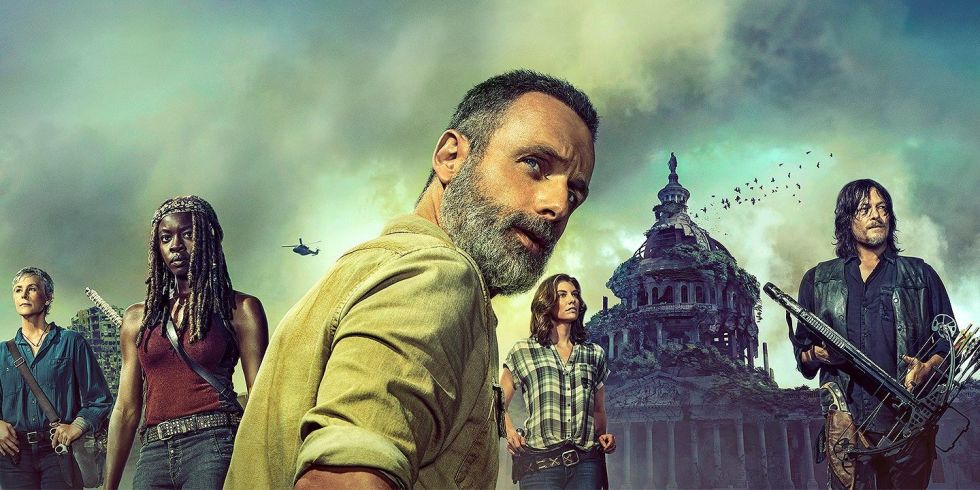 I’m in an abusive relationship with The Walking Dead. No matter how many times it hurts me I just keep coming back. I guess the same could be said for AMC though since their latest ratings stunt really was a big old middle finger to the people who have been watching this show since the beginning. Yeah you may have put one over on me, but I’ll have a hard time trusting you again. So don’t expect me to care when you start plugging Daryl’s departure or the death of Negan or something.

I’ll admit that I was kind of okay with how the season started. It was still pretty slow, but things got just a little bit more interesting than they’d been the last few seasons. Maggie is executing people, Michonne is sneaking out at night to kill zombies, and there are a ton a Saviors around still just waiting to die. It wasn’t great, but neither was it endless hours of crying and gesticulating. I don’t care about all the different groups trying to learn to live together any more than I care about how Rick and Michonne are raising Judith. There’s been a herd on the move, and we finally get to see the survivors dealing with zombies again. I’m gonna throw out some spoilers here so be warned. I’m not going to go over the whole episode or even give a blow by blow of how he went out, but we will talk about what happened at the end. END_OF_DOCUMENT_TOKEN_TO_BE_REPLACED