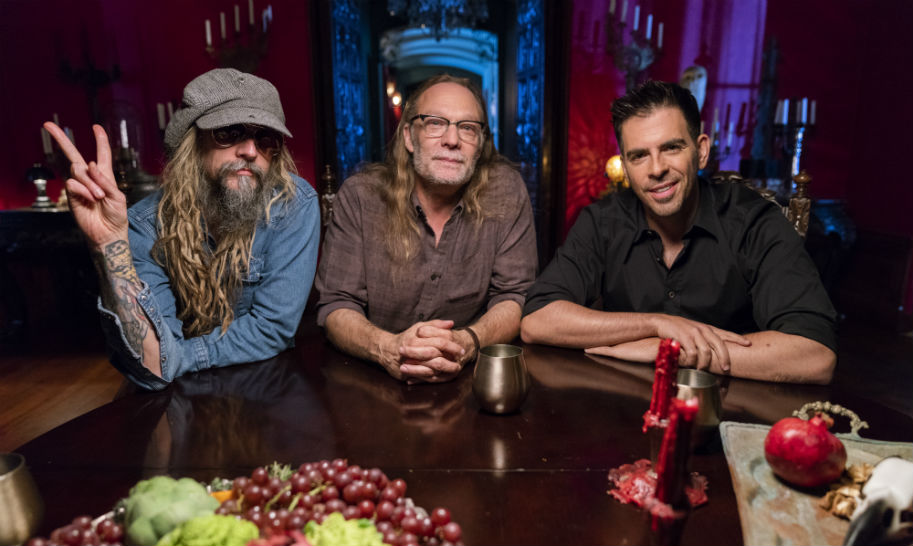 You probably know who Eli Roth is even if you don’t think you do. He directed Cabin Fever (the good one), Hostel, and (the not good homage to Cannibal Holocaust) The Green Inferno. He’s also had acting roles in several movies, but aside from Inglourious Basterds they’re mostly cameos. A quick look at his IMDB page shows that he is not only a fan of horror, but knows a thing or two about it. You’ll also notice that while he only has 16 credits as a director he has 101 credits as himself (or at least it stuck out to me). It also gives me the idea that he’s a guy who likes to hear himself talk.

An idea that was proven true when Terry and I tuned in to watch Eli Roth’s History of Horror on AMC a few weeks ago. It’s awesome that he wanted to do a show about horror movie history. He’s got some great people on to talk about horror movies: Stephen King, Greg Nicotero, Max Brooks, and (sigh) Rob Zombie. I can’t call having Quentin Tarantino on a good thing because it’s like being yelled at by a coked-up nerd, and how is that fun? The problems arise from the fact that it’s Eli Roth’s history, and not a true history. A true history would have all the movies, and probably go more chronologically than this show seems to. I guess since it’s not Beth’s History of Horror we have to forgive the glaring omission of the great Italian zombie movies. Or pretend that 28 Days Later was really a zombie movie when it wasn’t (even though Roth point out that he knows it isn’t a zombie movie). Spending forever on Paranormal Activities, mentioning The Exorcism of Emily Rose and The Last Exorcism without even bringing up The Taking of Deborah Logan? Well he’s the one with the TV show, and not me. Fair enough, but there are some big things here I’d like to address.

There were horror movies before the 60’s. He just kind of passes over Frankenstein, and I assume the upcoming episodes will briefly touch on Nosferatu, the Wolfman, and maybe the Creature from the Black Lagoon. But for all the attention he shows the classic monsters of the 40’s and 50’s they might as well not even be there. I’m guessing that I grew up pretty close to the same time as Eli Roth, and I’ve been heavily influenced in the nothing that I do by horror movies from all times. Glossing over the fact that voodoo zombie movies were around more than 20 years before George Romero made Night of the Living dead doesn’t make Romero the genius you seem to think it does. If you really want to talk history you have to go back to those movies, dig in, and work forward. Or, since logical order doesn’t seem to be his thing, talk about the voodoo zombie during a discussion of The Serpent and the Rainbow. Basically, stop ignoring history during your history.

Ignoring the greats to talk about the mediocres. The possession episode not only leaves out The Taking of Deborah Logan (I’m giving you the name again in case you missed it the first time, but haven’t watched it yet), but also Demons (once again leaving the Italians high and dry), and The Amityville Horror. They could have spent too much time on The Exorcist to leave room for that stuff, but I honestly found The Exorcist kind of boring. I don’t discount it’s influence, but when there are hundreds of movies you could talk about why spend so much time on just one? Going back to my issue with the zombie episode: if you’re not going to spend any time on the old zombie movies then at least give a minute to the Zombi series. It’s certainly as good as anything else of it’s time.

Make your own sub-genres if the ones that exist don’t fit what you’re doing. Much like the body horror or torture porn sub-genres I think that horror-comedy really is kind of it’s own thing now. That’s where you could give Shaun of the Dead, The Cabin in the Woods, The Evil Dead trilogy, the Return of the Living Dead series, and many more their due. I LOVE The Evil Dead, but should it be with the possession movies or should it be with the horror-comedies? You guys know the answer. And while you’re at it give movies like Jennifer’s Body and other girl-powered themed horror movies a place to live. I just know that I got tired as shit of hearing the word “misogyny” or any of it’s derivatives during the slasher movie episode. A women-power episode that I could skip would be great for me.

While I think Eli Roth is probably a douche-hole who likes the sound of his own voice too much I also think he knows a thing or two about horror. His attempt at a “history” show isn’t bad, and I’m going to watch the last two episodes, but a true history would just have something more. I’d like to hear from people besides Eli Roth’s friends and idols. “Send more historians” to paraphrase a zombie from Return of the Living Dead. And if we could manage without so much Rob Zombie that’d be fine with me too.